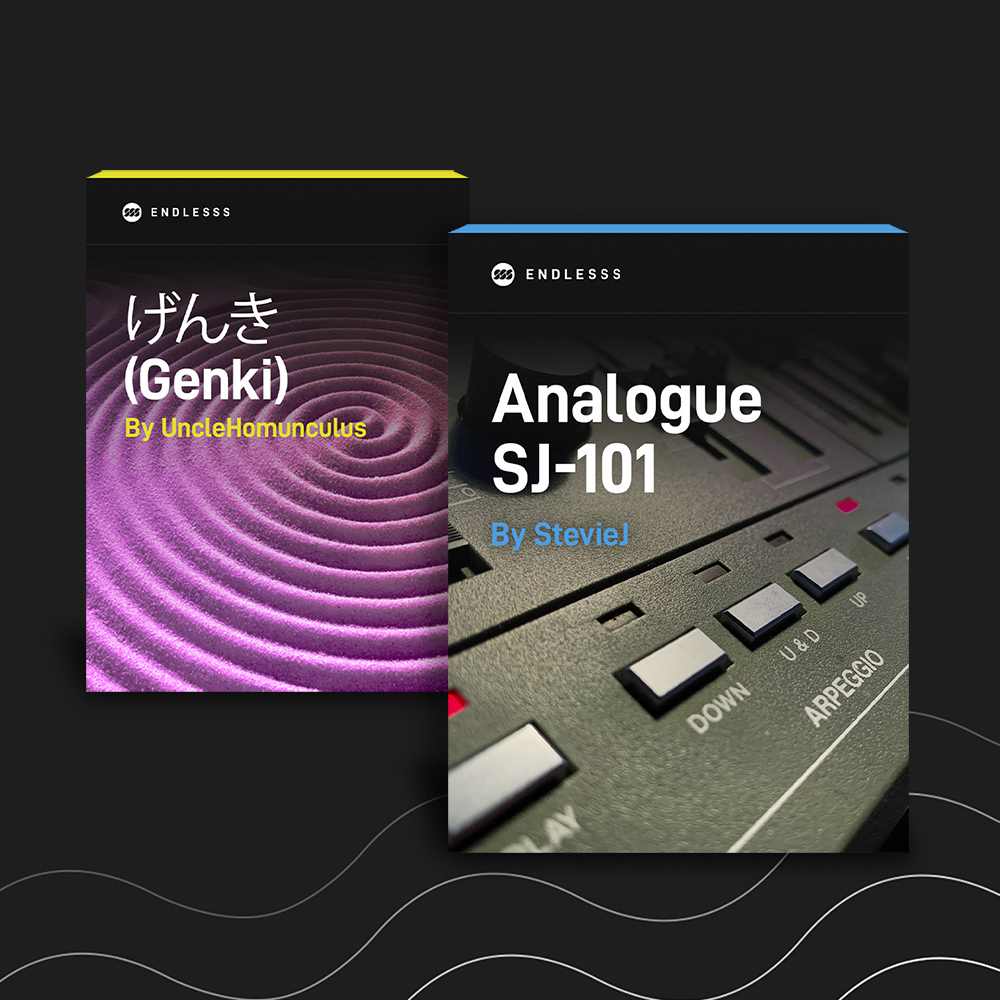 Every month we add two new soundpacks created by our community members to Endlesss. February saw the addition of the Japan-inspired Genki (げんき) by unclehomunculus and Analogue SJ-101 by StevieJ, sampled from his own Roland SH-101. It turns out they have a beautiful and totally coincidental connection, as StevieJ explains below.

I've had the SH-101 which I sampled for this pack since 1995, when I was living in Japan. I used to teach English privately to a lovely lady called Masako Inoue. I'd go round to her house, teach her for an hour then she'd usually make me some food, we’d chat for a while and I would cycle home. But on one occasion, she said, “Oh, wait - you play music, right? I have something in my attic you might like to have!” She returned with an absolutely  pristine Roland SH-101 in it's original box and gave it to me as a gift! I was speechless, as you can probably imagine.

It had never been played. Her parents bought it for her when she was a kid, thinking it would sound like a piano. When they powered it up and it didn't make any noise, they just thought it was broken. For some reason they didn't get round to taking it back and so it ended up boxed in a cupboard for 13 years before she kindly gave it to me. I told her she could sell it, but there was quite a stigma around second hand goods in Japan back then (hence the phenomenon of gommi where the streets would be lined with perfectly good things people didn't want in the late 80s and early 90s) so she just told me to take it.

I don't think I had ever felt quite so げんき (genki - feeling good) as I did when I plugged it in back in my little dormitory room in Okayama (amazingly also coincidentally room number 101) and started jamming out banging basslines. Side note: I obviously have a thing about Japan and this number since I adore the Japanese author Haruki Murakami and own a collector’s edition of Norwegian Wood - you guessed it, number 101/500.

Anyway, this little SH-101 has been used on loads of stuff since - surviving 180 world tour dates on the 2007-2008 Pocket Symphony tour when I was playing with the French band AIR – I played the solo from La Femme D'Argent on it in every night. It gets used most days on our jam podcast and is still one of my favourite instruments. It's a beautiful, dear friend and I am delighted to finally share it with my beloved Endlesss crew. I can’t wait to hear what funksome dirty basslines you guys come up with. See you in the jams!

The new soundpacks SJ-101 and Genki are both available in the latest update of Endlesss on iOS. Try them out for free or fully unlock them with the Endlesss Infinite subscription.

While you're here if you want to stay up-to-date with the latest news on Endlesss and want to get exclusive offers from us, make sure to subscribe to our newsletter!*

* By signing up to our newsletter, you agree to our privacy policy. For more details please see here.